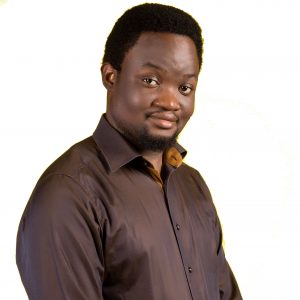 Funom Theophilus Makama was born on the 28th of December, 1986 in Bajoga, then Bauchi State and presently Gombe State of Northern Nigeria. He hails from Kachia Local government of Kaduna State and he is Ham by Tribe. He attended Joy Nursery and Primary school, Sabon Tasha in Kaduna state, from 1991 to 1997 and continued with his secondary Education in a unity school, Federal Government College, Kwali, Abuja, graduating in 2003. He wrote the Cambridge ‘A’ Levels examinations in Zamani College, Kaduna in 2005 and later gained admission to study Human Medicine, the following year in Bingham University, being part of the pioneer set in Nasarawa State.

In 2007; he went to Ukraine to study Human Medicine in Ternopil State Medical University, Ternopil, Ukraine and by 2013; graduated with a Doctor of Medicine (M.D) qualification. He has since returned to Nigeria and is practicing as a medical Doctor.

Funom grew up, falling in love with writing. In his early secondary school years, he writes Acrostics for fun without even knowing they are Acrostics. There are times he used Titles of movies to create write-ups and engaged his colleagues and cousins to read. As of April 2004; he wrote down the idea he has been carrying for years into a script and Titled it “Holding a Lady,” and after about 3 months, in July of the same year; the script was completed. He has moved about with the script, updating it as he gained more exposure and maturity. Over the years, [...] Read more

Poem of the Month: I’m also not Perfect

You few dents don’t join to form a rabbleI am still in growth, talking in babblesNot bad to be a hen and a sparrowStill much needed by me, a straight arrowFrom the two sides, the good still rings the bellI’m soaked in bad fluids in need of your gelYou wish to be an angel overnightI…