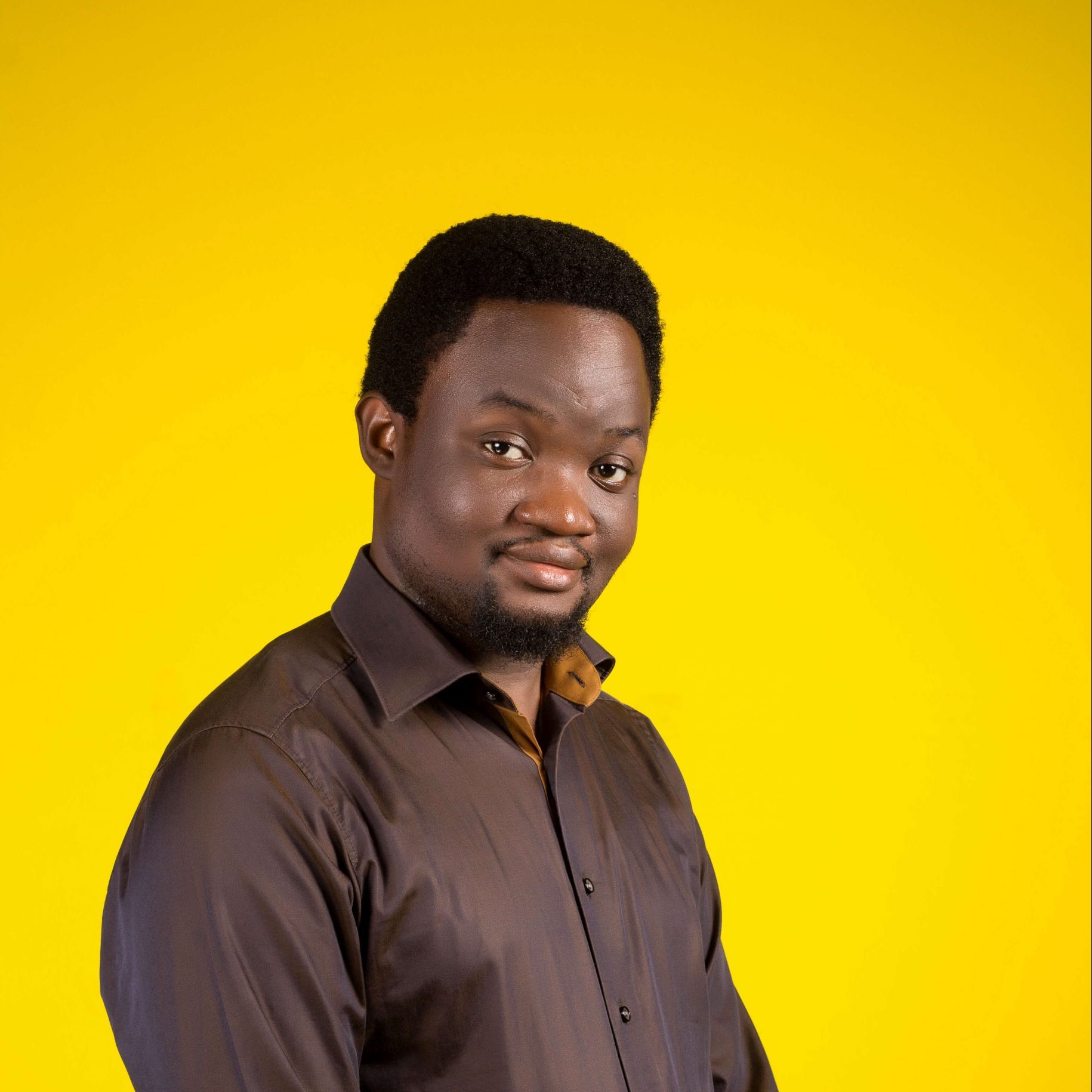 Some of His Best Articles

Some of His Best Poems

His Books so far

Funom Theophilus Makama was born on the 28th of December, 1986 in Bajoga, then Bauchi State and presently Gombe State of Northern Nigeria. He hails from Kachia Local government of Kaduna State and he is Ham by Tribe. He attended Joy Nursery and Primary school, Sabon Tasha in Kaduna state, from 1991 to 1997 and continued with his secondary Education in a unity school, Federal Government College, Kwali, Abuja, graduating in 2003. He wrote the Cambridge ‘A’ Levels examinations in Zamani College, Kaduna in 2005 and later gained admission to study Human Medicine, the following year in Bingham University, being part of the pioneer set in Nasarawa State.

In 2007; he went to Ukraine to study Human Medicine in Ternopil State Medical University, Ternopil, Ukraine and by 2013; graduated with a Doctor of Medicine (M.D) qualification. He has since returned to Nigeria and is practicing as a medical Doctor.

Funom grew up, falling in love with writing. In his early secondary school years, he writes Acrostics for fun without even knowing they are Acrostics. There are times he used Titles of movies to create write-ups and engaged his colleagues and cousins to read. As of April 2004; he wrote down the idea he has been carrying for years into a script and Titled it “Holding a Lady,” and after about 3 months, in July of the same year; the script was completed. He has moved about with the script, updating it as he gained more exposure and maturity. Over the years, it metamorphosed into a well written piece and the final touch came when he eventually realized his poetry potential. After injecting several poems into it, he changed the title to “The Soul Talkers” and Alas! The birth of his first Novel, which has passed through 3 editions, as it’s still evolving through 15 years now.

In 2010, Funom officially started writing and publishing articles online in major article directories. Though, he did not write his articles for pay, he used them to become an affiliate marketer for eBay and Amazon. In Ezinearticles for instance, he used his articles to advertise the links and websites of third parties for a fee. On hubpages, the adsense earnings are shared between the site and the hubbers (as the writers are called), alongside income from affiliate marketing and when these are combined, he gets a reasonable income continuously. He has presently published over 1,500 articles to his name. When he realized his gift in poetry in the same year, he began writing poems and publishing them in various poetry sites online, now publishing about 1000 of them. He writes poems ranging from Acrostics to Limericks, sonnets, free verses, rhymes, Haikus, Senryus and others.

He loves traveling, already visiting 17 European countries, when he was undergoing his undergraduate training in medicine in Ukraine; and also some West African countries after returning to Nigeria as a graduate. He is also interested in Politics and has been an active social media activist since 2010; with very strong political views, most of which oppose the government’s policies and decision making. At a point in time, on his facebook page, he wrote about himself as “a believer of ruthless pragmatism and a hater of political correctness,” and this has been reflected in a good number of political poems he has written. He is direct and very outspoken, proving to be consistent with these features of his, even when addressing issues in Christianity, another area he is strongly affiliated to.

He believes in the break-up of Nigeria as the only way forward for the nation to develop and has always reiterated that the various regions can only effectively be “Olamide and Phyno” if  autonomous or independent, as mutual respect will come to play for interests to be propagated and respected. He also believes in the independence of the Southern Kaduna people to form a new state- Gurara, from the Hausa/Fulani wrongful dominance of the state and has also been in the fore-front to kick against the controversial and alleged ‘Islamization’ of the country, manifesting through a grand scheme of unfolding events. He has always given a strong voice for the agitation of the middle belt and believes, the region should also be independent if Nigeria disseminates in the future. The latest of his agitations are against the forceful placement of emirates kingdoms in four Southern Kaduna local governments which are Christian domains; the dubious change of nomenclature of the traditional titles, El-Rufai is trying to Orchestrate, in order to wipe out the identity of the southern Kaduna tribes; the well planned murder of the King of the Adara chiefdom in 2019 which began a series of religious and tribal conflicts in the region, which he believes is the first step in a grand scheme to forcefully convert the region to a full blown Fulani territory; the importation of foreigners from neighbouring African countries since 2011 into the forest reserves of the middle belt and parts of Southern Nigeria; the systematic ethnic cleansing of Middle belt tribes, of which not even one Fulani herdsmen has been brought to book and the release of boko haram members back to the society in the name of ‘repentance’ after maiming, slaughtering and raping Nigerians; these same terrorists also have extorted and destroyed the properties of Nigerians.

He is very critical about the General Muhammadu Buhari regime and has never shied away from lashing out at Buhari’s decision making or policies. He strongly voices out the insecurity under his “rulership” and strongly lays claim to the terrorism ravaging the country as state-sponsored and fully backed and encouraged by the Northern Muslim elites and Buhari’s government. He is in full support of the Biafran agitation and believes Nigeria which has been reduced to the lion who feeds after the hyenas, over the years may, with time, end up have nothing to feed. In one of his tensed political discourse on social media, a particular comment of his received serious criticism, but unmoved, he keeps his stance and this attracted much applause and support from a good number of southerners:


“A country consisting of people with totally different world views with absolutely no meeting point in mentality and reasoning should dissociate to give room for their individual developments and growths. This has nothing to do with hate on any targeted region but a support for all distinct regions to be autonomous and develop the way they deem fit. Some persons will come out and emotionally blackmail anyone with this line of thought and the question I always ask them is ‘what sort of one Nigeria do you want? The one where everyone is equal, there is no majority-vs-minority menace and where the rule of law, justice, fairness and transparency thrives or the one Nigeria where a tribe and a religion seeks to dominate all others, causing mayhem, division and abject tragedy in the process? Nigeria is currently the latter and if you truly stand on the side of humanity, you will seek the former. There is no hope for the current Nigeria in existence, restructuring isn’t the answer, true federalism will still be abused, the country should simply split.”

From friends, relatives and most importantly, the patients he has treated, he is said to be kind hearted, so selfless, committed to his work, highly professional and a spiritual person. He is an avid Arsenal supporter since 1996, following Kanu Nwankwo’s transfer from Ajax that same year. This is well reflected on his social media following and also his Novel, “the soul talkers.” He is also a lover of music and has openly stated to be a dedicated Christian. Funom sees himself as a spiritual, not religious person and a strong believer in Christianity and this, also, is well reflected in his second book, “Biblical Love Psychology.” He is married to Esther Makama and both have two sons, named Funom II Jesus Makama, and Zenom Jesse Makama. He lost his first child after 6 weeks of life on account of Pneumonia when he was working as an intern in the University of Abuja Teaching Hospital.

Some of His Best Articles

Some of His Best Poems

His Books so far

View all posts by Admin →