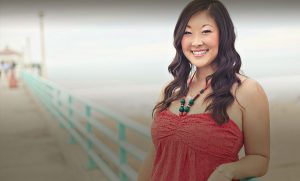 There are many plausible theories floating around the internet on why Japanese women are so cute. Some theories range from how they are portrayed in manga and in anime that have a direct effect on young Japanese girls. There are also social demands placed on young women from men to be cute and skinny. Marketing ploys to attract business for everything cute and cuddly are all over Japan. Then there’s the media, and so forth and so on. All of these reasons have some validity.

My take on all of this is relatively straight forward. The keyword here is trends, which come and go here in Japan, along with marketing schemes started by celebrities and media moguls. The “Kawaii” or “cuteness syndrome,” as it’s called in English, didn’t start overnight. I contend that it was started at around the latter half of Japan’s “bubble economy” when prosperity swept through the country, how else could Japanese girls fund their shopping expeditions. Some pundits may argue against this by saying the origins of “kawaii” started much earlier than this. Depending on which aspect of “kawaii,” they are correct. My view is much more contemporary and practical.

Seika Matsuda was and is still the person largely credited for starting this “cuteness” trend back in the 1980s. She was the first “cute” idol, singer, and songwriter to flood the television airwaves back when Japan was experiencing its economic boom, and eventually its subsequent decline.

Ms. Matsuda has been hailed as the eternal goddess by television networks all over the country. For 32 years her influence has been felt in almost every aspect of Japanese industry. She has inspired generations of T.V. personalities and songwriters like Ayumi Hamasaki who has also been idolized by almost all young super cute Japanese girls. Everything from the way she dresses to the way she wears her make up. The way she talks and walks is all emulated by cute Japanese girls.

Like Matsuda Seika, Ayumi Hamasaki has been marketed by major companies for their cuteness as shown in their T.V. commercials, music videos, and live performances.
Japanese girls are cute because of the direct and indirect influences of these two women. The media helps perpetuate this cute image that young girls find to be trendy and fashionable by incorporating cute dolls and girly accessories such as “Hello Kitty”. It’s all big business which has been generating millions of dollars in cute goods and clothing items for decades. Japanese girls are cute because it’s trendy and society glorifies this trend. This trend is a part of the culture of Japan now and has become a huge draw for foreign tourist.

Are you an avid reader? Do you love reading extra-ordinary books with top-notch creativity, poetry and absolute brilliance? Here is an excellent recommendation for you! Click on the link below to read: