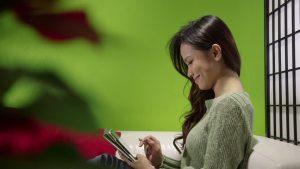 In Shanghai’s People’s Park, outdoor marriage markets are held regularly; in fact, such events are common in many other parks all over China. Chinese singles, as well as parents of Chinese singles, flock to these markets to browse through and put up resumes, hung up on clothes lines and which wave in the wind as if to beckon potential partners.

Many of China’s unwed females who visit these markets are highly educated – most with masters’ degrees and even some with Ph.D.s. In China, where excellence in any endeavor is the norm, these women have well-paying jobs, at the least, or are highly successful career women/business women, at the most.

In most other modern societies, these women would have their pick of men. In China, educated and successful Chinese women get no love at all. Marriage markets actually hold very little hope for them, if any. Given their excellent qualifications, and combined with their age, they actually fail the maximum standards that Chinese men use to measure the suitability of a woman as a potential wife.

In fact, most of the resumes that blanket these outdoor marriage markets reflect this ironic and unfortunate reality – of single ladies with impressive achievements in education and their profession, and with good financial standing, but unable to find a mate. And the longer they remain unmarried, the less desirable they become.

Part of the reason these Chinese ladies seem to only run into dead-ends in their quest for a partner is the tradition of marriage hypergamy, which has been practiced in China for millennia. At least, this is how the Chinese, and even the international media, mostly explains the sheng nu phenomenon – wherein educated and successful women are left out of the marriage market, hence giving them the name “leftover women.”

Marriage hypergamy is the tradition in which women marry up the social ladder in terms of income and education. With the huge leaps that Chinese women have made in terms of personal freedoms and self-betterment, continuing the practice means women at the topmost level of the social ladder end up with no choices for a husband.

The practice of marrying up is, indeed, still widespread in China and most women who want to adhere to this particular tradition would, logically, be those whose place on the social ladder would still allow them to do so. For the most part, this means that these women would not put themselves in a position where they would not be able to marry up anymore.

On the flip side of the coin, the educated women of China would have already realized the implications of their elevated social status with regards to their marriage options. They made their choice to elevate themselves understanding these risks and, most likely, after having already decided beforehand to break from tradition.

What the media fails to mention is the fact that Chinese men also participate in this tradition of marrying outside their class, but in the opposite direction. This means that most Chinese men prefer women whose income and education do not exceed theirs or, at the most, maybe equal theirs. There are other factors that are considered, but these men generally would not want to “marry up.”

Given this added element in the complicated marriage traditions of China, it can be said that men intentionally leave out women of a certain class, whereas these women are actually willing to explore possibilities that are outside the limits imposed by tradition.

The blame, in fact, for the increasing number of unmarried Chinese men and the difficulties that certain Chinese women have in finding a mate does not lie on these women who chose to excel out of a sense of obligation to their parents and simply for the sake of self-betterment. The problem cannot be oversimplified, and all the factors that are in play must be acknowledged if it is to be effectively dealt with.

Not only are these women criticized and accused of being selfish and materialistic, not only is the blame for the current marriage crisis in China largely focused on them, they also do not receive the respect and admiration they deserve for their unprecedented achievements and the significant contributions they have been making and will only continue to make to their society, and particularly to their growing economy.They are even punished with the stigma of being labeled “sheng nu.”