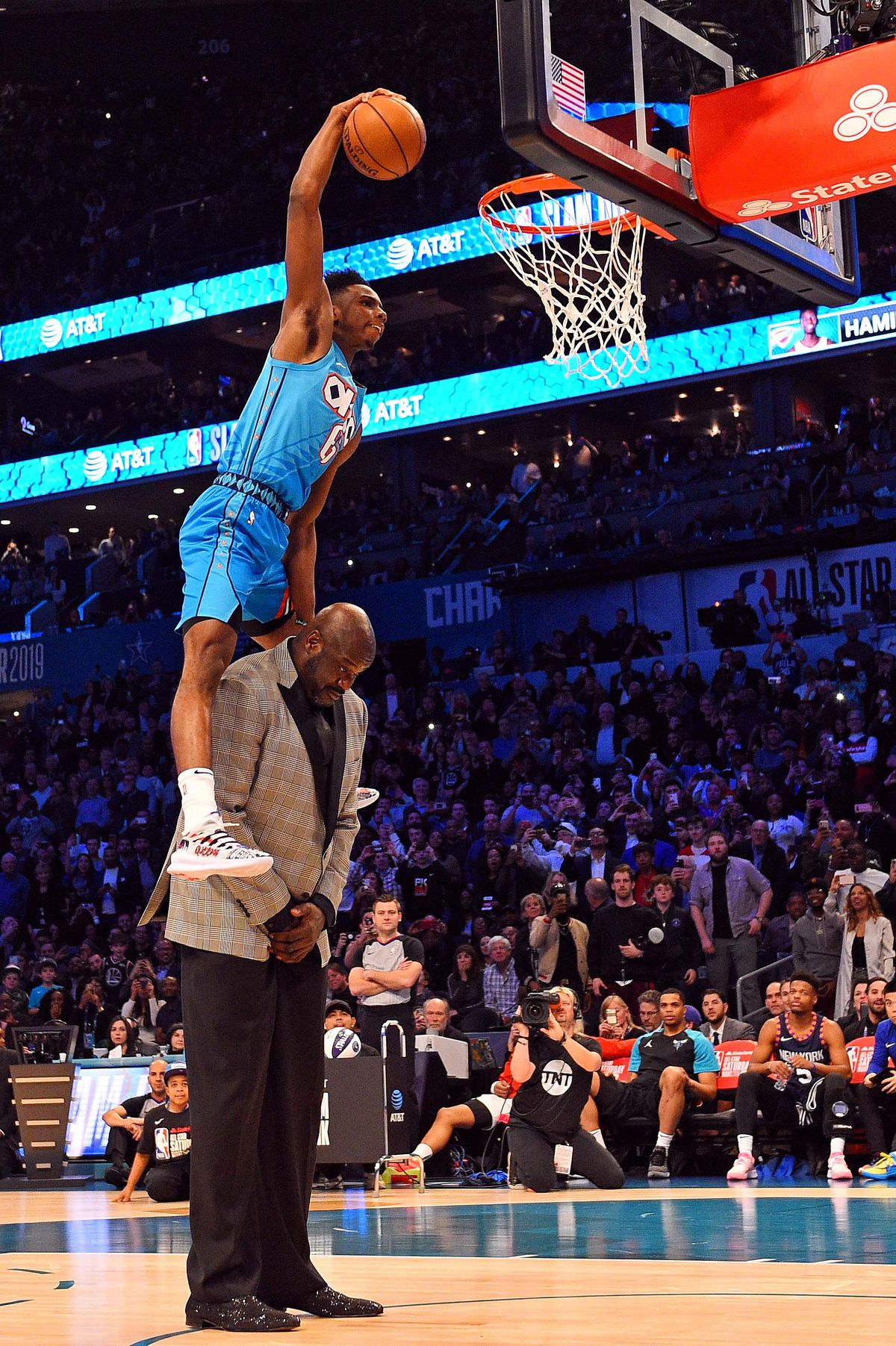 #1) Anticipation – Dennis Rodman, AKA “The Worm”, had a long and successful career in the NBA by being extremely good at anticipation. For those of you that remember him he wasn’t much of an offensive threat. But he averaged double digit rebounds per game for his entire career. He had a great ability of anticipating when a shot would be taken. He also had great vision of how the ball would come off of the rim. In doing so he was able to put himself in the best position to secure the rebound. To practice anticipation you have to make a conscience effort to think about it while you play. Next time you compete try to go after offensive rebounds by anticipating when your teammates are about to shoot and then pursuing the basketball. On the defensive end it’s important to box out your own man. Once you box out pursue the basketball aggressively. You can become a better rebounder just by learning to anticipate.

#2) Leverage – Charles Barkley was far from the tallest power forward when he played in the NBA. He is in the basketball Hall of Fame and is also known as one of the best rebounders to ever play the game. He used leverage to drive space between his opponent and the basket. The lower man wins in basketball and this is especially true when it comes to rebounding. It’s important to get your center of gravity lower than your opponent so that you can drive him out of the key. To improve this skill practice wall sits with your legs at a 90 degree angle and your back against a wall. This will help you build muscle memory and get into a low position quicker.

#3) Physicality – One of my coaches once told me that if you are physical with your opponent for the first 3 possessions of the game they will likely lose their intensity. This was proven true and I made it a habit during my career. If you push your opponent back out of the paint for the first 3 possessions of the game the majority of players will stop crashing the boards to try and get an offensive rebound. It doesn’t happen 100% of the time but in my experience about 90% of players don’t like to get pushed around and will avoid the contact. This will make your life much easier during the game and your rebounding statistics will skyrocket.

These are 3 quick tips that will help you become a better rebounder. Rebounding gives your team an extra opportunity to score. The fans won’t normally cheer when you pull down that board but your coach and teammates will value you as a player.

If you would like to improve your shooting I would suggest checking out my 2 FREE videos which can be found here:

My blog also has lots of great basketball drills for aspiring players:

THE DEVIL’S ORCHID
Posted in Basketball, Recreation & Sports and tagged BasketBall, Recreation, sports
← The Art of a ProfessionalHow Much Should You Train Per Week? →