It’s commonly believed that horizontal cracks appearing in the hoof wall are caused by injuries at the hairline (coronary ridge) that is growing out. However, a crack or rather split in the wall that develops as a result of trauma at the hairline will typically be “vertical” and nearly always becomes a permanent fixture of the wall.

Short (inch to 2 inch) horizontal cracks are most often caused by abscesses (affecting the whiteline) that rupture at the hairline and migrate with the wall growth to eventually get trimmed off. In some hooves, such as drafts, I’ve seen abscess ruptures as wide as several inches.

Abscesses generally affect hooves that have been neglected, or that are trimmed regularly, but incorrectly, shod or unshod.

The hoof wall, if allowed to flare creates leverage on the connective tissue (lamina/whiteline) between the wall and the sole of the solar (bottom) hoof that can cause stretching of the whiteline. That connection can only stretch so far before we see separation which causes the death of the connective tissue and may allow foreign matter to invade the hoof at this point. The formation of pus (dead tissue) tracks up the inside of the wall leaving a trail of dead lamina in its wake as it takes the path of least resistance to the soft hairline.

The abscess tracks up the wall into the narrowing space just below the hairline, where the abscess pain will be at its worst as pressure builds, and just prior to rupture. Lameness usually ensues to varying degrees.

Lameness caused by WL abscesses is frequently misdiagnosed because it’s difficult to identify an abscess until it ruptures. Radiology and even MRI often will not pick up the track, but abscesses can be usually be located with thermal imaging.

After rupture, as the wall grows out, well-connected lamina develops above the “crack” and takes the place of the damaged tissue. Lameness soon subsides. As the crack gets closer to the ground, the area below the crack may snap off due to the detached lamina below the rupture site. This doesn’t require soaking or special shoes, just time to heal and frequent trims.

The bars of the hoof are an extension of the hoof wall. So abscesses can develop in the whiteline of the bars, tracking up to rupture at the hairline of the heel bulb – often described as mystery lameness. The resulting horizontal splits in the back of the hoof are typically misinterpreted as injuries caused by forging and other misstep type injuries.

Bar abscessing is more serious and painful than wall abscesses as invasion of the WL of the bars can spread and affect areas of the solar connective tissue (papillae) causing eventual detachment of sole and in severe cases, permanent damage to the solar papillae. Mistaken assumptions are made that abscesses are caused by trauma to the sole. Sharp objects may impact the sole of a soft-soled hoof, but the result will be a wound that will remain localized usually.

Abscesses and wounds to the bottom of the hoof are different conditions and we need to distinguish between sole trauma and whiteline abscesses to avoid confusion.
In severe cases a hoof can be fully engulfed in several abscesses at one time causing severe lameness and if left untreated (untrimmed) the hoof may eventually lose all of its attachment tissue.

Lameness in a shod hoof is frequently caused by abscesses at the apex of the bar/heel (seat of the corn) which can be difficult to locate until the hoof has been indefinitely unshod and trimmed correctly and regularly.

There is no actual treatment for an abscess once the whiteline has been invaded, the condition has to run its course. Epsom salt soaks may help soften the coronet band, while pain meds and padded boots can offer relief post rupture.

Skilled veterinarians have been known to drill tiny holes in the outer wall in the path of the abscess causing discharge and relieving pressure and pain, but even if we can drain an abscess, it will still rupture at the hairline in most cases. To dig into the sole is a common approach to relieve pressure, but that procedure most often only causes further trauma to a hoof rather than relieving pain. Digging into an abscessing hoof only adds further time to the healing process.

Preventing abscesses of the white line is as simple as making sure that your horse’s hooves receive correct trimming at regular and frequent intervals. Healing an abscesses hoof requires trimming at 4 week intervals. It can take many months, or years to grow out new hoof material to replace the abscessing connective tissue. Patience is main requirement when rehabbing abscessing hooves.

Overall, for optimum hooves, trim scheduling should be at 4 to 6 intervals. Trimming strategies should produce healthy hoof horn (no flare) and well maintained bars with tight, connecting tissue (laminia/whiteline) which will reduce or eliminate abscesses. 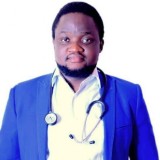